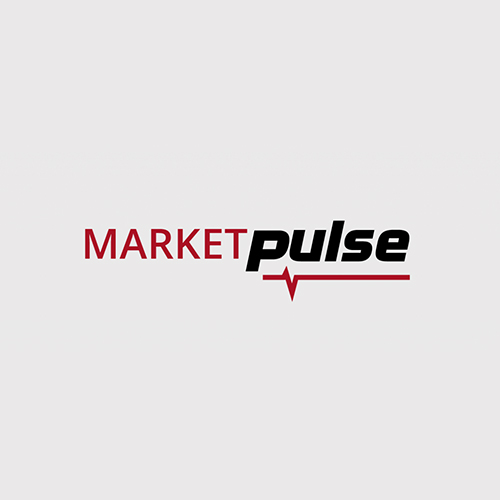 We invite you to call us to discuss how this data informs our strategy and how a ZENdex Portfolio could be a powerful addition to your overall investment mix. We weigh the data below heavily when developing our portfolio strategy, in which we aim to maximize the relationship between performance and protection while minimizing taxation.

No Bottom? No Problem.

S&P 500 RELATIVE TO ITS ALL-TIME HIGH

The S&P 500 is represented by the SPX and refers to the price return index, not the total return index.

S&P 500 RELATIVE TO ITS MOVING AVERAGES1

In previous Market Pulse newsletters, we’ve mentioned the significance of the S&P 500 being 3 standard deviations or more below its weekly average. That’s occurred twice this year, and in both cases we’ve seen a healthy subsequent bounce. When the market is that far below its weekly average, we view that as an opportunity to add risk in our ZENdex model portfolios.

Currently, the S&P 500’s deviation from the mean is not compelling us one way or the other.

Background: We look at the benchmark’s statistical deviation from its mean in order to determine whether to add, or to reduce, risk. Within our ZENdex investment methodology, readings two standard deviations or more above the mean compel risk mitigation. Readings two standard deviations or more below the mean compel the addition of risk. The daily and weekly measures prompt more tactical/shorter-term action, while the monthly measure calls for more strategic/longer-term action.

The Federal Reserve’s recent increase in the fed funds rate, plus its anticipated upcoming increases, are estimated to elevate the Federal Government’s gross annual interest expense from $666 billion to $863 billion. For perspective, national military spending over the last 12 months was $746 billion and Medicare spending was $700 billion4. That’s another $197 billion dollars of interest, annually, that will be sent to the government’s creditors. It is likely that the government will issue more debt to pay the interest.

As for inflation, the recent reading of 9.1% is probably in fact muted due to the incredible strengthening of the US Dollar over the last year. The US Dollar, as measured by the US Dollar Index, is currently 3 standard deviations above its monthly average. The week of July 11th, it was nearly 3 standard deviations above its weekly average. Given that commodities such as oil are traded in US dollars, should the dollar revert to its average, one would expect this to beget higher energy costs and therefore higher costs for just about everything else. Inflation seems anything but transitory, and policy that might alleviate the problem seems anything but present.

Background: The stock market has only ever followed two patterns: that of decline-and-recovery* and that of consecutive new highs. Because higher inflation makes it more difficult for corporate earnings to translate into higher stock prices, the odds of extended periods of decline-and-recovery go up. This is of particular concern to people living off of their investments since drawing on the portfolio while it is down can impair its ability to recover and to therefore provide future income. ZENdex addresses this problem directly.

It’s no secret that the Fed will keep raising rates until inflation is reigned in. And it’s no secret that they’ll wreak various forms of havoc in the process. The silver lining is that havoc leads to discounted prices which lead to buying opportunities. That silver lining has a pretty nice shine. Of course, this only applies to people who are in a position to do said buying – that’s a position in which we try to keep our clients with our ZENdex methodology.

Background: We follow the Phillips Curve to understand what impetus the Federal Reserve has to adjust interest rates, its balance sheet, or both. You don’t fight the Fed, as the old adage goes, and the Fed’s policy decisions will change the odds of a prolonged period of decline-and-recovery in the stock market.

To find out more about how Thomas Financial can help position your portfolio to take advantage of market volatility, please email cfaassen@thomasfinancial.com or call us at (813) 273-9416.

*Though we can observe, historically, that the stock market, as represented by the S&P 500 has always recovered from past declines, that it always will cannot be guaranteed.